Hug It Out To Slow Down Aging

Have you heard of professional cuddlers? For about $60/hr, you can hire someone for a platonic cuddle up without the complications of a relationship. In fact, some of the services even offer cuddling parties. Sound a little creepy to you? Well, what if you found out that hugging can help to slow down the aging process? According to the University of California, Berkeley, people who don’t hug age faster. Ready to cash in your $60? Let’s look at the effects of oxytocin on the aging process.

The Love Hormone
Oxytocin is also known as the “love hormone” or “trust hormone, and it gets released when people let down their guard and participate in a good hug. As we age and get fewer hugs, the levels of the hormone drop and muscle loss are one of the major side effects. In fact, science shows that we lose five percent of muscle mass per decade once we reach our thirties. In the study at UC Berkeley, oxytocin was injected into older mice who were showing signs of aging and muscle loss. Within nine days of the injection, their muscle mass improved to within 80% of that of the younger mice. Wendy Cousins, coauthor of the Nature Communications study says, “This is good because it demonstrates that extra oxytocin boosts aged tissue stem cells without making muscle stem cells divide uncontrollably.” 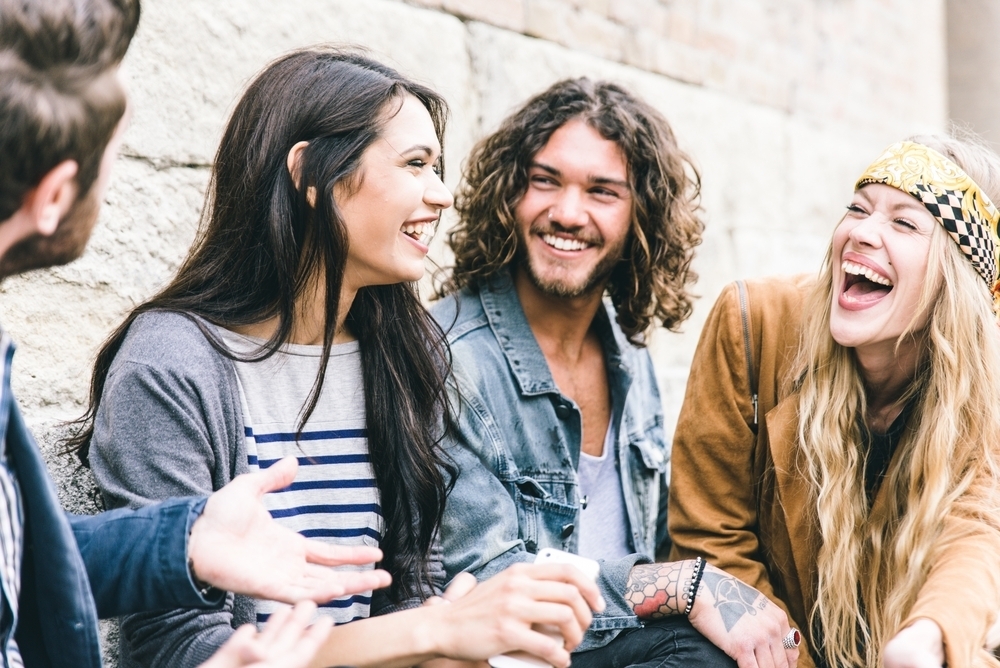 Oxytocin Increases Happiness
Paul Zak, PhD, hypothesized that there was a direct correlation between well-being and happiness and oxytocin, at least for women. To test his theory, he drew blood from 60 female college students after receiving a gift from a stranger of $24. The women were given the option of returning a portion of the money or keeping it. The women were also required to fill out a survey on their satisfaction with life. Results showed that women who showed a larger increase in oxytocin after receiving the money reported being more satisfied with life and were also more likely to share their money with the stranger. They also tended to be more trusting. According to Zak, “Those with higher oxytocin had more sex with fewer partners,” indicating a likelihood to form more long lasting relationships and be liked by others.

Oxytocin Increases Generosity
Another of Zak’s studies found that men treated with oxytocin were more likely to donate money after watching public service ads. Forty-one men were divided into two groups, one of which was given the hormone, and the other of which was given a placebo. They were then shown public service ads on topics such as smoking, drunk driving, and global warming. Zak says, “Those on placebo donated to 21% of the ads, those on oxytocin, 33%.” The men given the hormone donated 56% more money than those given the placebo.

Oxytocin and Social Anxiety
Researcher Jason Yee, PhD, says that oxytocin can help relieve anxiety in social situations. Prairie voles are known to form strong monogamous bonds. Yee exposed the animals to a brief period of stress, and then gave them oxycontin to reduce anxiety and compared the recovery from stress in the animals who recovered alone to those who recovered cuddling with another prairie vole. Yee found that those who were assigned a partner showed less anxiety, and were less likely to try to escape from their cage.

What do you think of professional huggers? Yay or nay? Let us know what you think about paying for hugs.