Here’s Why You Should Be Drinking More Tea

Tea has been around for centuries, and has long since been linked to a wide array of different health benefits. It comes from the Camellia sinensis plant, and true tea types include:

Wondering how long to steep these teas? Here’s a helpful infographic. 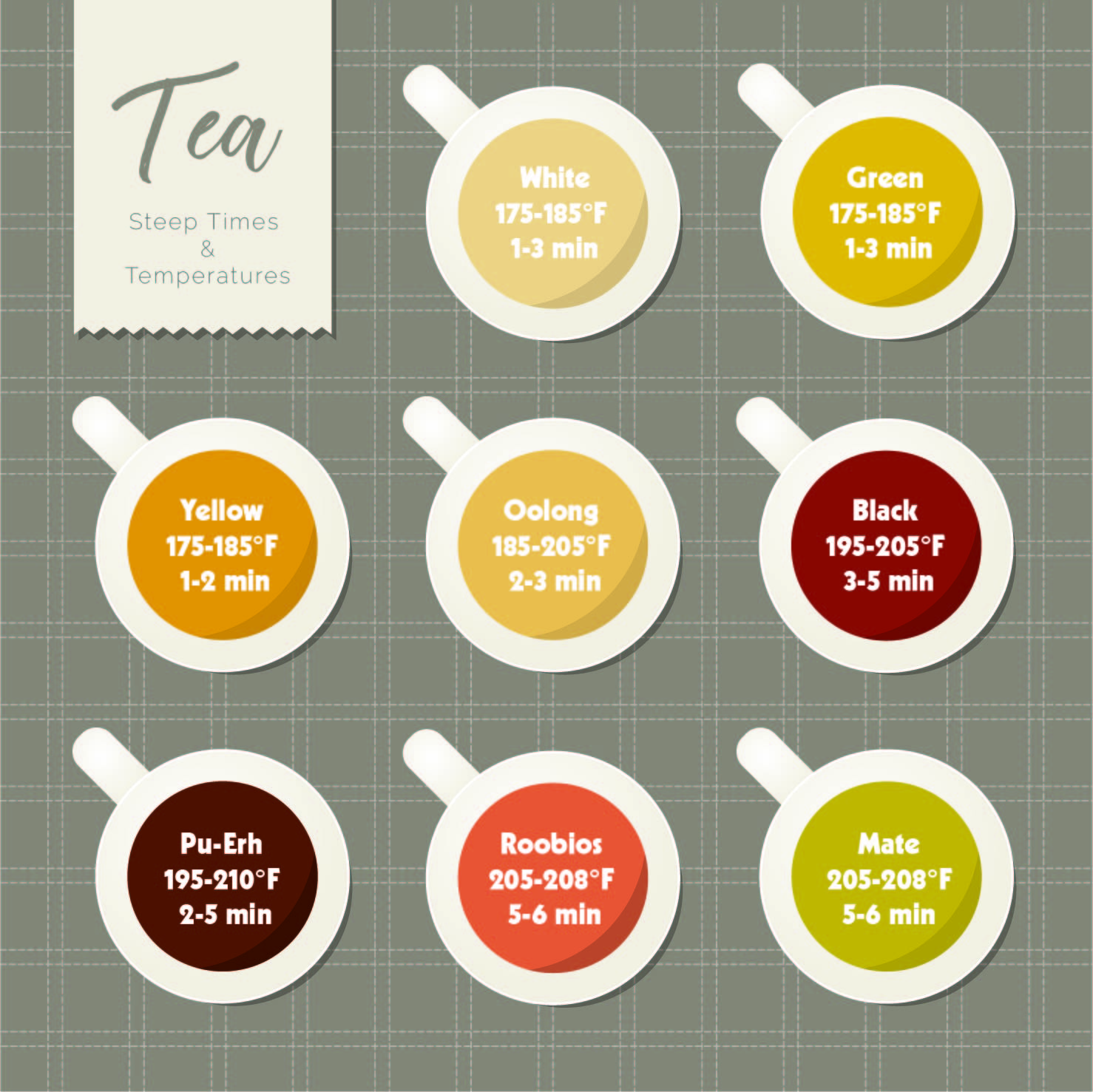 Do you drink much tea?

If not, here are a few reasons to convince you to brew an extra cup each day.

First and foremost, tea consists primarily of water, meaning that it is incredibly hydrating.

Yes, there are plenty of myths out there surrounding the fact that tea could potentially dehydrate the body, due to its caffeine content, but these are not true…

In fact, research has found that drinking four to six cups of tea a day is just as good as drinking a litre of water.

Still concerned about the dehydrating effects of caffeine?

The same study concluded that, when consumed in a moderate amount, caffeine has no effect when it comes to keeping the body hydrated.

Tea contains a range of polyphenols, which are a type of antioxidant, as well as several phytochemicals. It is these antioxidants that give tea the ability to protect against a number of different cancers, including breast, skin, lung, liver, prostate and oral.

These antioxidants are also essential in the fight against free radicals, which damage everything from the heart to the brain to the skin.

For those who want to keep their cholesterol levels low, green tea is the way to go. Traditional Chinese beliefs also revere pu-erh tea for cholesterol, but there is not much scientific data available to back this up yet.

Both LDL and total serum cholesterol can be lowered by drinking tea, with experts recommending at least five cups a day if you want to experience maximum benefits.

Wondering how this actually works?

When the tea reaches the large intestine, it is able to inhibit the absorption of cholesterol, therefore decreasing the amount of cholesterol that enters your body.

The connection between tea and heart health is something that has been studied quite extensively, as the effects that tea can have on the heart are quite significant.

Drinking four or more cups of green tea a day enhances these benefits even more.

Not sure you can handle drinking that much green tea a day?

Give matcha tea a try instead. This is made from ground green tea leaves, and contains a nutritional composition similar to that of ten cups of green tea.

There are so many beverages out there that are bad for your teeth, but tea does not fall into this category.

In fact, researchers in Japan discovered that when tea is consumed, it changes the pH within the mouth. This then helps to prevent cavities, by suppressing the growth of periodontal bacteria, and therefore decreases tooth loss.

Tea also has quite a high fluoride content, which is something else that helps to protect the teeth. Not only is tea usually brewed with water that contains fluoride, but the plant itself also draws fluoride up from the soil in which it is grown in.

Tea also does not erode tooth enamel, which is something that many other beverages are guilty of.

Tea is a calorie-free drink, and does not need to have anything added to it, making it such a healthy beverage to drink.

In addition to this, each type of tea is able to help with weight loss in different ways:

Try alternating the teas that you drink, so that you can experience the maximum benefits when it comes to weight loss.

While there is nothing that can compare to wearing sunscreen on a daily basis, it always helps when you can boost the effects of this.

Certain foods contain compounds that are able to help reduce the effects of UV exposure, and green tea is one of these foods.

In addition to drinking more green tea, you can also use green tea extracts directly on the skin, to protect against UV damage and reduce the number of sunburned cells in the skin.

As the body ages, brain health begins to decline, and the onset of degenerative neurological diseases, such as Alzheimer’s and Parkinson’s, become quite common.

However, tea could potentially help to not only prevent these diseases from developing, but also when it comes to treatment…

It is all down to the polyphenols found in tea, especially green tea. These help to boost brain health, while maintaining the parts of the brain that are responsible for memory and learning.

Many people turn to tea in times of stress, and science has now backed up why this is…

Studies suggest that drinking tea on a daily basis can help drop your cortisol levels back down to normal much faster after a stressful situation has occurred.

This is the hormone that your body releases in times of stress. While it is harmless, or even good for you, in small amounts, modern life means that many people now have cortisol constantly running through their bodies, leading to everything from premature aging to belly fat.

Want to control how stressed you actually get during a stressful situation?

Try drinking four cups of tea a day, as this will prevent your cortisol levels from spiking quite so much.

Once again, it is the catechins in green tea that really help to protect the eyes, or the delicate tissues within the eyes in particular.

It has long since been understood that catechins are beneficial to eye health, but experts were unsure as to whether the catechins from tea could actually be absorbed by the eyes.

Well, they soon found out that different parts of the eye absorb different amounts of the catechins, with the retina absorbing the most. 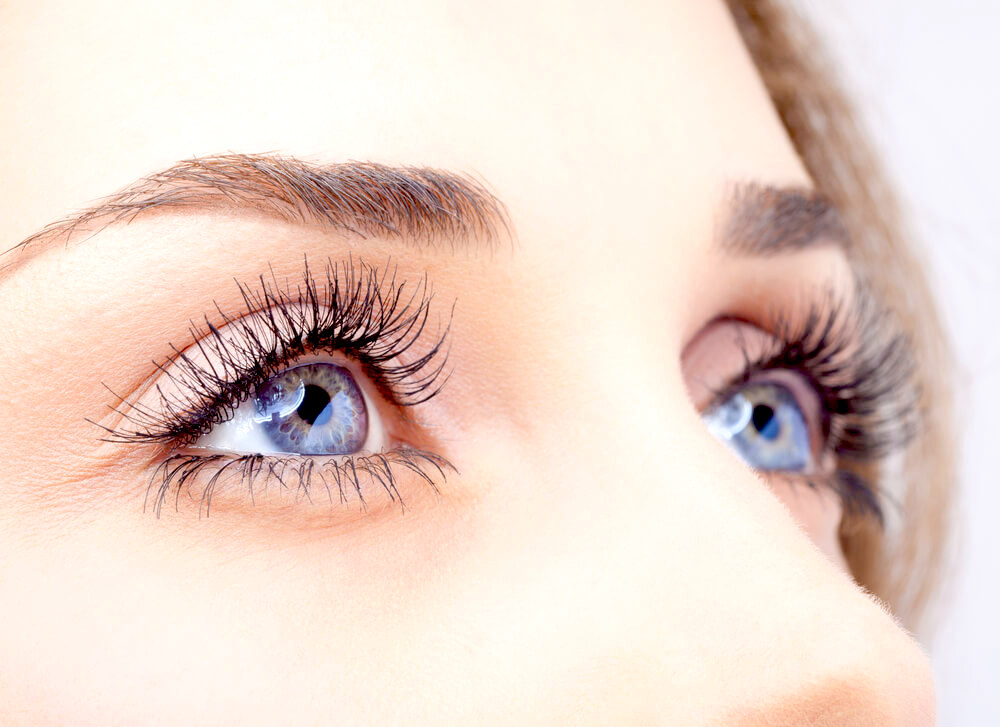 They also discovered that the antioxidant activity that the catechins are responsible for can last up to 20 hours after the green tea extract had been consumed.

However, do not get too excited just yet…

The study focused on green tea extract, rather than just green tea. This means that the effects may not be quite as effective when drinking just the tea, but will still be there. The study was also carried out on rats, meaning that human trials still need to be done in order to confirm these theories.

Inflammation within the body can lead to a number of different disorders, including:

In fact, inflammation can be linked to just about every modern ailment out there.

Fortunately, there are many natural ways in which a person can lower the inflammation within their body, and, as you may have guessed, drinking tea is one of these ways.

Thanks to certain active compounds within tea, this beverage is able to lower levels of inflammation, as well as inflammatory reactions.

Do you suffer from hay fever or any other type of pollen allergy?

If so, you may want to try drinking more tea…

Research carried out in Japan has discovered that EGCG, which is the polyphenol found in tea, can actually help to reduce pollen allergies.

Tea also contains quercetin, which acts as a natural histamine.

Want to boost the way in which tea is able to help with your allergies?

Try adding some local honey to your brew.

Well, this works in a similar way to allergy shots. By consuming local honey, you will therefore be consuming local pollen. Doing this over time can help you to become less sensitive to the pollen around you, therefore reducing your allergies.

These catechins are able to increase the body’s ability to burn fat, which is why tea is so great for weight loss. But another effect of this is greater endurance, especially when it comes to muscular exercises.

Green tea in particular is able to boost the number of cells in your body that are responsible for maintaining the immune system.

Research in this area is still quite new, so researchers do not yet quite understand how it all works. However, once they do have a deeper understanding of the processes involved, this could mean that tea could be used to treat autoimmune problems, as well as a wide range of other diseases involving the immune system.

High blood pressure is not good for you, but neither is being completely dependent on medications, especially if you can avoid it.

However, keep in mind that these effects are not enough to bring a person with hypertension back into a safe zone, so do not rely on tea entirely in times of urgency.

Thanks to its incredible versatility, tea is actually the second most widely consumed beverage in the world.

Nevertheless, many people tend to fall into a bit of a tea rut, drinking their tea in exactly the same way every day.

While there is nothing wrong with knowing how you like your tea, it is also worthwhile experimenting with other ways in which to drink it.

Because as you can see from above, different types of tea have different benefits, so it only makes sense to consume a wide variety of different teas.

Here are some tea ideas to try out: 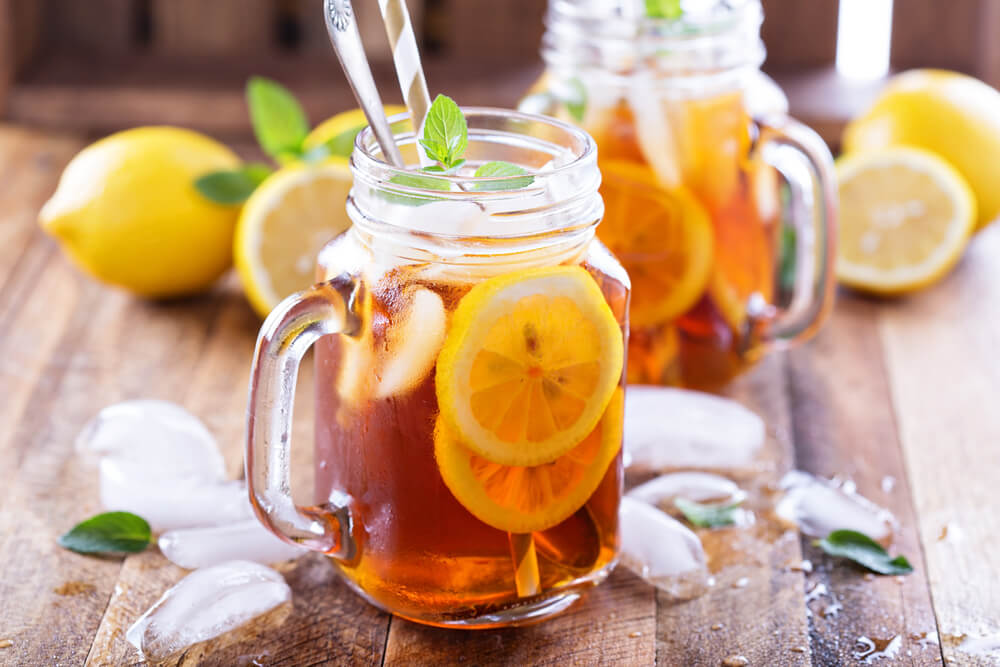 Tea consumption is going through quite the trend at the moment. Around half the population of the USA are tea drinkers, and this is set to continue to increase over the next few years. Even if you do not usually like the taste of tea, there are so many different types and varieties out there, making it well worth finding one that you enjoy drinking.